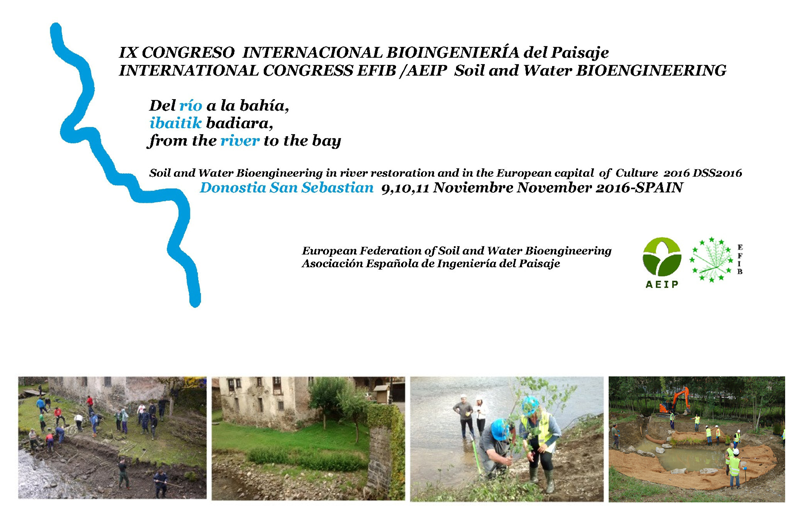 The AEIP, Asociación Española de Ingeniería del Paisaje in collaboration with EFIB ( European Federation Soil and Water Bioengineering ) , the San Sebastian municipaly and with the souport of the water agency of the Basque country , URA and t, organize on November 9-11 the International Conference of Soil Bioengineering : del río a la bahía, ibaitik badiara , from the river to the bay –Soil and water Bioiengineering in the European capital of culture 2016.

A river is a complex system formed by many geomorphological and demographical elements which in turn keep a delicate equilibrium with each other. Nowadays, there is a sound conviction all over Europe about recovering a good ecological state of our rivers. This implies not only restoring water quality but also river morphology and a river functioning compatible with both fluvial ecosystems (flora and fauna) development and flood risk control activities. In the end, the fluvial space restoration is proposed and for suitably embrace that aim it is clearly essential a close collaboration with the river

In the course of the 2016, the AEIP and the EFIB have carried out a series of activities framed in the Donosti2016 European Cultural Capital schedule with the fluvial bioengineering playing a leading role. As a key outcome, both organizations have made a joint effort in the International Soil Bioengineering Conference organization which will be held on November 2016, with two days of conferences and one day excursion in the Urumea River.

Works related to the restoration of degraded areas, using  primarily water- and soil-bioengineering techniques belonging to the following areas: 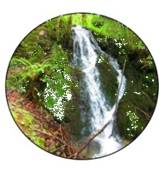 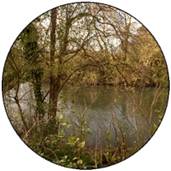 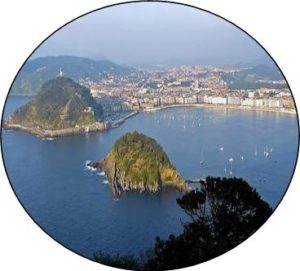